Thank you to Grosh’s Lawn Service for these classroom supplies!

Your generosity is greatly appreciated! 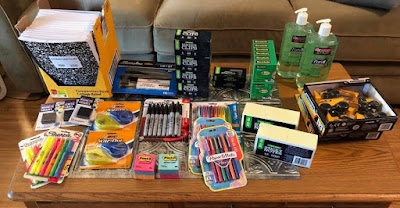 Karen Kunkleman Grosh Thank you Vickie Orme Kane for making a difference in our schools!

Our Christmas in July Winner is Melissa Kephart

Melissa wins a $100.00 gift card from Grosh's Lawn Service for the purchase of goodies to help raise the spirits of a local retirement home men and women where her father-in-law is staying. 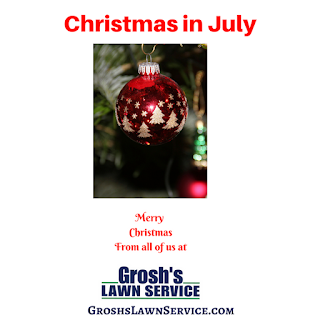 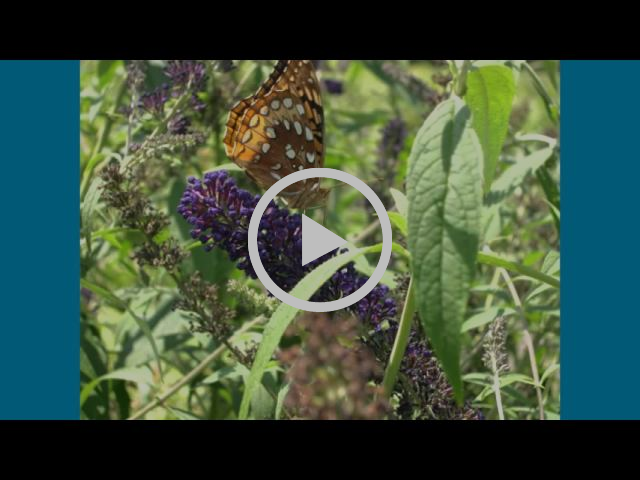 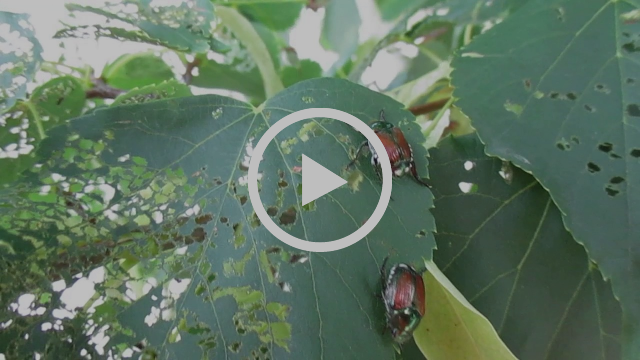 A lot of factors go into having a great looking lawn. Water, fertilizer, insect, disease and weed control. Mowing, edging, sunlight and more. But the one thing we often overlook is the soil. Not only the quality of the soil, but soil compaction. Soil compaction severely limits turfgrass growth and can arise in lawns from a variety of events. Traffic over a lawn or specific areas of a lawn is probably the leading factor in soil compaction. This includes people activity, pets or cars and other vehicles. Soils can also become compacted during residential or commercial construction and home improvement processes due to movement of heavy equipment or added activity on the lawn. Insects, diseases, nematodes, improper watering, lack of fertilizer, and poor turfgrass management are often blamed for a lawn decline when the real culprit is soil compaction. It is the one thing we can’t readily see.

Aeration is an essential part of a well-designed turf management program.  The problem starts when the top 4 to 6 inches of the soil become compacted. These compacted soils will tend to hold more water, thus water infiltration and percolation into and through the soil are greatly reduced. Reducing water penetration into a soil will lead to water runoff and erosion. On level surfaces, reduced infiltration will cause ponding of water, increased water loss through evaporation, and an increase in disease activity.

Water penetration rates reduced due to compaction, or poor drainage, will make turf management more difficult, especially with irrigation scheduling. The result is during periods of continuous rainfall or on overwatered turf areas, the soil will remain wet. Under these conditions, soil compaction increases and the turf quality will decline due to a lack of soil oxygen and disease pressure.

When the soil dries during drought or if the turf has been improperly irrigated, a compacted soil will be hard to wet because of poor water infiltration. This leads to shallow root systems, and a turfgrass that is prone to wilt stress. As the grass thins due to poor growing conditions, the bare soil will heat up during the summer months. This contributes to a loss of turf, but inhibits new turf from creeping into the bare areas as well.

Turfgrass stress due to compacted soils weakens the grass plants making them less able to compete with weeds and slow to recuperate from injury. A compacted lawn may need renovation.  Naturally occurring soils located in low areas, high in clay or in swampy locations will hold water but may not be compacted. Remediation of these growing conditions will be different than for a compacted area and often require improvements in drainage and soil texture.

Compacted soil contributes to thatch. Oxygen levels in highly compacted soils are limited, due to compaction or from poor drainage, impair the activity of earthworms and other thatch-decomposing organisms. Unmanaged, thatch can lead to pest problems as well as poor growth due to poor water and fertilizer penetration. Thatch accumulates faster on compacted soils and clay soils than other soils. Reducing soil compaction in lawns will benefit thatch control.

The best way to avoid turf problems due to compacted soils is to prevent any compaction before turf establishment. This may not be feasible. When an established turf is planted on a soil prone to compaction:

• Analyze and monitor any traffic on the turf • Avoid continuous, consistent traffic patterns over turf areas. Including foot traffic, pet traffic or tire traffic • If heavy traffic is unavoidable, remove the turf from the area and replace it with a nonturf pathway such as pavers, decking, stone steps, gravel or mulch. • Keep foot traffic off turf areas using pathways and using landscape design that includes hardscapes, as well as landscaping to direct traffic flow. • When using large, heavy mowers, change mowing patterns often and use light weight mowing equipment when the soil is wet. • Develop a turfgrass management program with turfgrass care practices that include core aerification.  • Only one practice in itself may not be enough to relieve a compacted soil. It may take a combination of several to achieve the desired goal.

The Time to Aerate

The type of grass will determine whether to aerify in the fall or in the spring and summer. Lawns composed of cool-season grasses such fescue are best aerified in the fall, when there is less heat stress and danger of invasion by weedy annuals. Allow at least four weeks of good growing weather to help the plants recover and new seedlings to become established.
Warm-season grasses such as zoysia, and bermuda are best aerified in late spring and early summer, when they are actively growing. Soil should be moist, making the soil easier to penetrate. Avoid aerifying wet soils, it leads to further compaction. If aerifying in a drought period, monitor irrigation as the turf will tend to dry out quicker than before aerifying.

The practice of aerification of turf will correct soil compaction problems and other problems associated with compacted soils. It should be done at least yearly. But as often as needed depending on turf usage. Turfs with heavy use, such as sports turf needs more frequent aerification. One way to determine if aeration is needed is by testing the lawn. Take a screwdriver and probe the soil. If the screwdriver penetrates the soil with little resistance, then you probably don't need to aerify. If it is difficult to penetrate the soil with the screwdriver, then aerify. Inspect the overall appearance of the lawn and especially where the turf is thinning. Walk over the area, if it feels like you are walking on concrete, then compaction is a problem.

The frequency of aerification will be determined by soil type and the amount of traffic over the turf. Poorly drained, heavy soils with heavy traffic will need more initial aerification and turf management than turf planted on lighter soils with less traffic. Clay soils typically need aeration more than other soil types.

Aerifying lawns requires a power-driven core aerator. The working parts of these machines are spoonshaped tines or hollow tubes. As the tubes are driven into the lawn, cores of soil are removed from the ground and strewn across the lawn. The tine size varies up to three-quarters of an inch and in depth of penetration up to 3 inches. Penetration depth varies with soil type, soil moisture, tine size, and the weight and power of the aerifier. Soil cores should be left on the lawn to be broken up by rainfall and traffic.

Aerating and Reseeding
Aerification can be combined with seeding, particularly on sparse or bare areas. If you are going to seed the lawn, you should make multiple passes over the turf. You can overseed immediately after coring, Application of seed and starter fertilizer should be done at the determined rate. It is important to maintain
proper soil moisture over the next four to six weeks. Reseeding is most often done in the fall with fescue turfs. But can be done over bermuda with ryegrass for winter color or for athletic field playability.

The turf manager should irrigate the site well before the scheduled date for aerifying. The soil should be moist to allow excellent penetration of the tines. The aerification process should include multiple passes over the turf to open up the soil as much as possible. Grass seed and starter fertilizer is then applied at the recommended rates. It is critical to maintain proper soil moisture in the next four to six weeks. Initially often shallow watering, then changing to less frequent deeper watering to encourage deep root growth. Mowing should be delayed as long as possible to ensure full development of roots and shoots. The grass should be allowed to grow taller than normal, usually about 1/3 taller than normal.  If possible use a light weight mower to prevent damage to newly seeded turfs.
Fescue lawns are aerated and over seeded in the late summer to fall. Usually as early as late August and possibly as late as the end of October. Bermuda lawns over seeded with rye for the purpose winter color or athletic playability is usually done in late October to November. These times will vary depending on your geographical location.
It is recommended for warm season turfs to be aerated after green up has begun fully. This may be late April or May. Heavily compacted soils would benefit from a second aerification 6-8 weeks later. Again, the turf site needs to be irrigated well before aerifying to allow for deep penetration of the tines.

When using a preemergent weed control program for annual weed control, do not apply a preemergent weed control product before aerifying. The aerifying process will open up the protective layer of herbicide and allow weeds to grow. Make all preemergent herbicide applications after a turf has been aerified and the new turf is fully established.
Soil compaction is detrimental to any lawn or turf area. Commercial, athletic fields and residential turfgrass managers need to be aware of the possible problems associated with soil compaction. Turf managers need to be aware of compaction issues and manage the turf properly to reduce the chance of turf failure. Relieving compaction will greatly enhance turf health and appearance.

Steps in the Aeration Process

o Water the lawn well, possibly several times before the scheduled visit for aeration. This will help ensure the soil is soften for great penetration by the tines of the aerator. o Mark all sprinkler heads o Clear the lawn of any debris or objects that may interfere with the process o Make sure your equipment is in good working order (before leaving the shop) o Make at least two overlapping passes across the lawn area with the aerator, ensuring good soil penetration. Redo any areas that are harder and more compacted that show signs of little core removal o Use hand rake or weasel to aerate surfaces that can’t be done with power aerator o If seeding, apply seed at the recommended rates. Make sure bare spots are covered adequately
o Apply starter fertilizer
o Clean up any debris on driveways, sidewalks or other areas 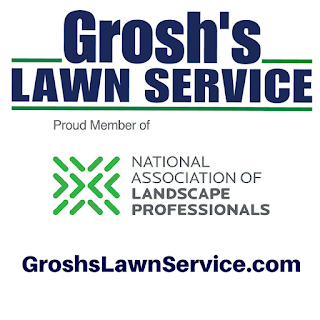 Grosh's Lawn Service Tip of the Week! Grubs, Grubs and more Grubs! Are you looking over your lawn to make sure grubs are not eating your lawn to death here in Hagerstown MD?

Grubs are now active and if you did not get our grub preventer because you wanted to feel lucky well now is the time to make sure you did not goof and gamble with the wrong insect. Contact Tom today at GroshsLawnService.com to see how we can save your lawn and help you out of the hot seat! 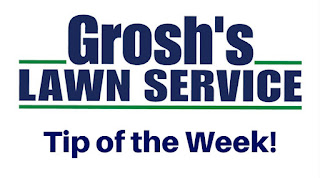 Contact Tom the Landscaper at Grosh of Grosh’s Lawn Service today to get started with your lawn & landscape project!! 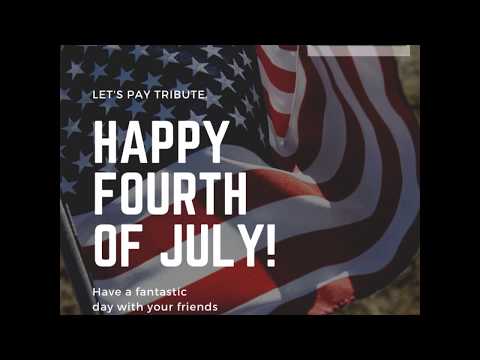